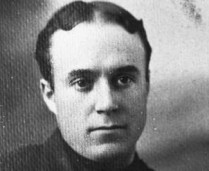 Seltzer was born in Copenhagen, Denmark and at age 12 began the study of art at the Technical Institute there. When his father died, his mother emigrated to Great Falls, Montana, and he worked as a cowboy and then as a machinist and locomotive repairman for the Great Northern Railway, often sketching the landscape in his spare time.

In Great Falls, where he lived the remainder of his life, he met Charles Russell, and the two became close friends. Russell critiqued his art and gave him a lot of advice, and some critics think that much of Seltzer’s work resembles Russell’s.

By 1901, Seltzer was working in oils confidently and had become committed to wildlife painting, gaining much of his knowledge from books. By 1921, he was a full-time painter and in 1926 moved to New York City to help Russell complete some of his commissions.

He created over 2500 works of art during his lifetime including a series of miniatures of Montana history commissioned by Philip Cole, a wealthy collector. The project nearly ruined Seltzer’s eyesight, and he had to complete the series by using a magnifying glass.