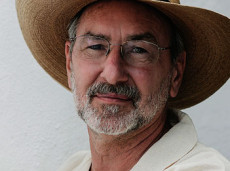 Michael’s career as a successful artist began in 1977, when he became a full time illustrator and oil painter. He has done so many assignments, commissions and gallery paintings that he has lost count. “Somewhere in the neighborhood of eighteen hundred paintings I would guess” he says.

Over his career Michael has written and published articles for American Artist, The Artists Magazine and Step-by-Step Graphics; his work has been showcased twice in Art of the West magazine, most recently in the Mar/April 2014 issue, and Southwest Art in Dec 2010. He has featured his work as a guest lecturer and instructor at the Booth Western Art Museum, Brigham Young University, Washington University, St. Louis, Mo, the Rhode Island School of Design, the Columbus College of Art & Design, Mass Art, the Graphic Artists Guild in VT, the Kansas City Art Director’s Club, the Society of Illustrators of Los Angeles and Dallas, TX, the Savannah College of Art & Design, and taught an illustration class for the Vermont Community College.

Although he has increasingly been turning his attention to painting the characters and history of the old west, Michael still loves to paint the variety of subjects that he finds around him, and is equally adept at masterfully handling landscapes, figures, portraits and still lifes.