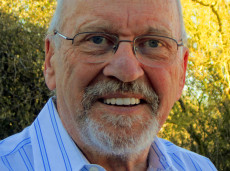 A Western painter and sculptor of figures and domestic animals, Harley Brown was born in Edmonton, Alberta, Canada in 1939, and lives in Tucson, Arizona.  His father was an amateur artist who encouraged his young son from age seven to pursue art.  After graduation from high school, young Brown began doing department store window displays for an impressive $150 a month.

Later, he attended the Alberta College of Art in Calgary, supporting himself by selling his drawings door to door, and playing piano professionally.  After studying at the Camberwell School of Art in England for two years, Brown began to make a name for himself in Western art, and in 1966, he returned to Canada.  Shortly after, Brown met Bob Morgan, curator of the Montana State Historical Society.  Morgan put together a one-man show for Brown, where he sold all 70 of his paintings.

His career made another leap forward when he received a call from Bob Lougheed to submit some of his work for the National Academy of Western Art show, where he won a gold medal for drawing in 1977.

He is a member of the Northwest Rendezvous Artists, Helena, Montana; National Association of Watercolor Artists; Oil Painters of America*; Cowboy Hall of Fame, Oklahoma City, Oklahoma; and Cowboy Artists of America* since 2004.  In 2005, he won two gold medals at the CAA annual exhibition.  He says of membership in the CAA:  “Being allowed to join them is a monumental event in my life.” (CA)

Brown’s work is in the collections of the C. M. Russell Museum; National Cowboy and Western Heritage Museum; and Gene Autry Museum in Los Angeles.

Harley Brown was commissioned to paint Prime Minister Winston Churchill, and has painted many portraits of other well-known persons including President Ronald Reagan.  His painting media include oil, watercolor and pastel.