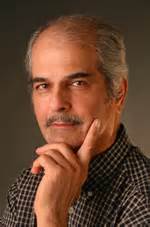 Cyrus Afsary was born and raised in the Middle East. He began his art instruction when he enrolled in an art conservatory at the age of 15. He studied art in college, where he received classical instruction and painted primarily in oils. Afsary started to earn money with his paintings in his teens, selling portrait commissions. Afsary pursued his art career after moving to the US in his early thirties. Although, his specialty is portraits, Afsary’s subjects have varied from landscapes to still-life. He enjoys working in oil, and sometimes, also works with watercolors and pastels. Afsary relies on his strong technical skills when identifying and placing the colors and values in each piece. He adds something more tangible with each brush stroke. His work began to be noticed in the early 1980’s, when his incredible style attracted the attention of Western art aficionados. Afsary’s paintings have won many awards, including the first Robert Lougheed Memorial at the 1988 National Academy of Western Art Exhibition. Listings wanted by Art Brokerage.